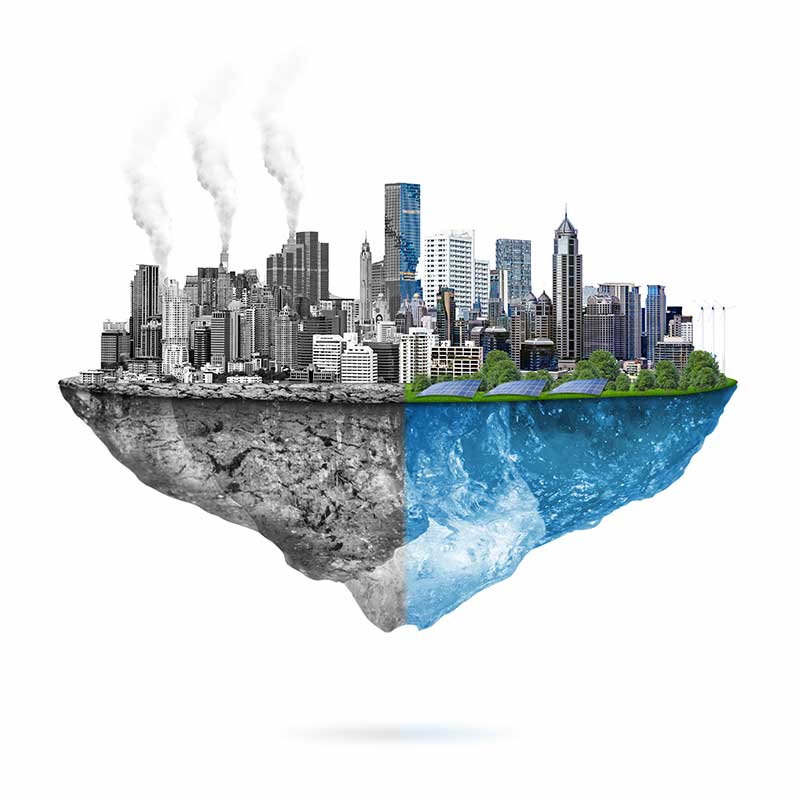 Zero Emissions Day aims to give the planet a break from fossil fuels and to raise awareness of the damage that carbon emissions cause to our planet.

The burning of fossil fuels to produce electricity, is one of the main contributing factors to climate change. When burned, fossil fuels release large amounts of the greenhouse gas, carbon dioxide which traps heat in our atmosphere, leading to global warming.

In a study by the Intergovernmental Panel on Climate Change (IPCC) in 2018 it was found that 89% of carbon dioxide emissions came from fossil fuels and that there was a need to halve these emissions within 11 years in order to limit global warming to 1.5C above pre-industrial levels.

More recently (August 2021) the IPCC released a report, prepared by 234 scientists from 66 countries, which showed the 1.5C threshold was ‘perilously close’, prompting the UN Secretary General, António Guterres, to refer to the report as a ‘code red for humanity’.

The report states that carbon dioxide concentrations were higher in 2019 than at any other time in the last two million years and that the global surface temperature of our planet has increased faster since 1970 than in any other 50-year period in the last 2,000 years.

The scientists warm that global warming of 2C will be exceeded during this century, unless ‘rapid and deep’ reductions in carbon dioxide and other greenhouse gas emissions occur over the coming decades.

Already the effects of global warming can be seen, with more and more extreme weather conditions, rising sea levels and forest fires. According to the European Commission, southern and central Europe are seeing more heatwaves, forest fires and droughts, while the Mediterranean area is becoming drier, making it even more vulnerable to drought and wildfires.

At the same time, heavy rainfall in some parts is leading to decreased water quality and flooding, which not only impacts human health but has led to €90 billion of direct economic losses between 1980 and 2011, with more than 5.5 million people affected by floods.

Meanwhile plants and animal species are struggling to cope and some will face an increased risk of extinction if global temperatures continue to rise.

In order to reduce carbon dioxide emissions it is imperative that we make the move from fossil fuels to green renewable energies. By harnessing the power of our natural resources, such as wind and solar, we can generate electricity without releasing harmful emissions into our atmosphere.

Changing to green energy can be a straightforward process. One of the quickest and easiest methods is to switch your energy supply to 100% green energy generated by wind farms. This is an almost instant process and requires no work to be done whatsoever.

Another option is to install solar roof panels and generate your own electricity, which can be used to power your entire home.

Contact us today to find out more about switching to green energy.