How long before one Kilowatt of electricity costs €1? 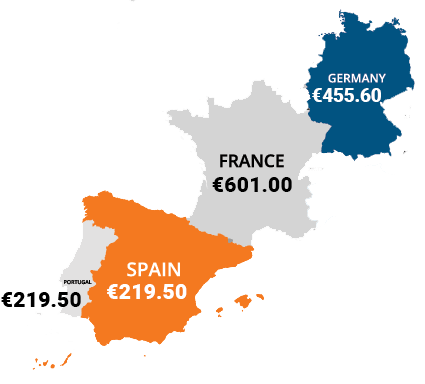 Mariposa Energía’s CEO, Martin Tye shares his views on the current status of the electricity market.

THE thought that electricity could soon cost €1 a Kilowatt is frightening. We never thought fuel would be €1 a litre. Now it’s €2 a litre. Less than a year ago we didn’t stand on a petrol station forecourt watching the cost of filling our tanks with dread. Now we do.

It’s the same fearful feeling now when you open your electricity bill.

Why has electricity become so expensive?

An easy answer is to say that it is just supply and demand that is pushing the cost up. However, the causes of the exponential rise in the cost of electricity run deeper.

This is a term not greatly discussed in recent years in the developed world. Now it’s all over the media. Lower income families are having to make difficult choices.

Eat or be warm

Throughout the world, we are witnessing an increase in civil unrest. The main cause is inflation. The main contributing factors to inflation are:

The impact of people going hungry and cold will have a massive effect on health services that are still recovering from Covid, lack of staff and insufficient funding.

What about here in Spain?

We all moan about our bills. Well… you ain’t seen nothing yet!

Spain and Portugal managed to negotiate a temporary cap on the price of gas with the European Union. We are four months into a 12-month measure.

If you look at the OMIE website image it paints an ominous picture. The average wholesale cost of electricity in Spain in July was €143 a MWh. The forecast for October is €219 per MWh.
But look at the October prices for our neighbours (where there is no gas cap) France …. €601 per MWh!!! And Germany …. €455 per MWh.